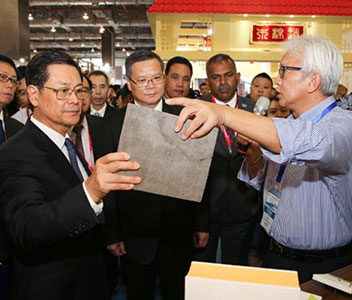 Palmeco featured the latest product and services during the exhibition.   Palmeco booth was one of the most popular booth attracting developers of affordable home from countries including Malaysia, South Africa, Mauritius, Australia and New Zealand.  Local builders and contractors were impressed with the diverse functional values as well as the finishes.

The exhibition was organized by the Municipal government of Guangdong Province to support the One Belt One Road Initiative, the exhibition featured works from over 1000 exhibitors at home and from poverseas among which 70% came from 50 countries.